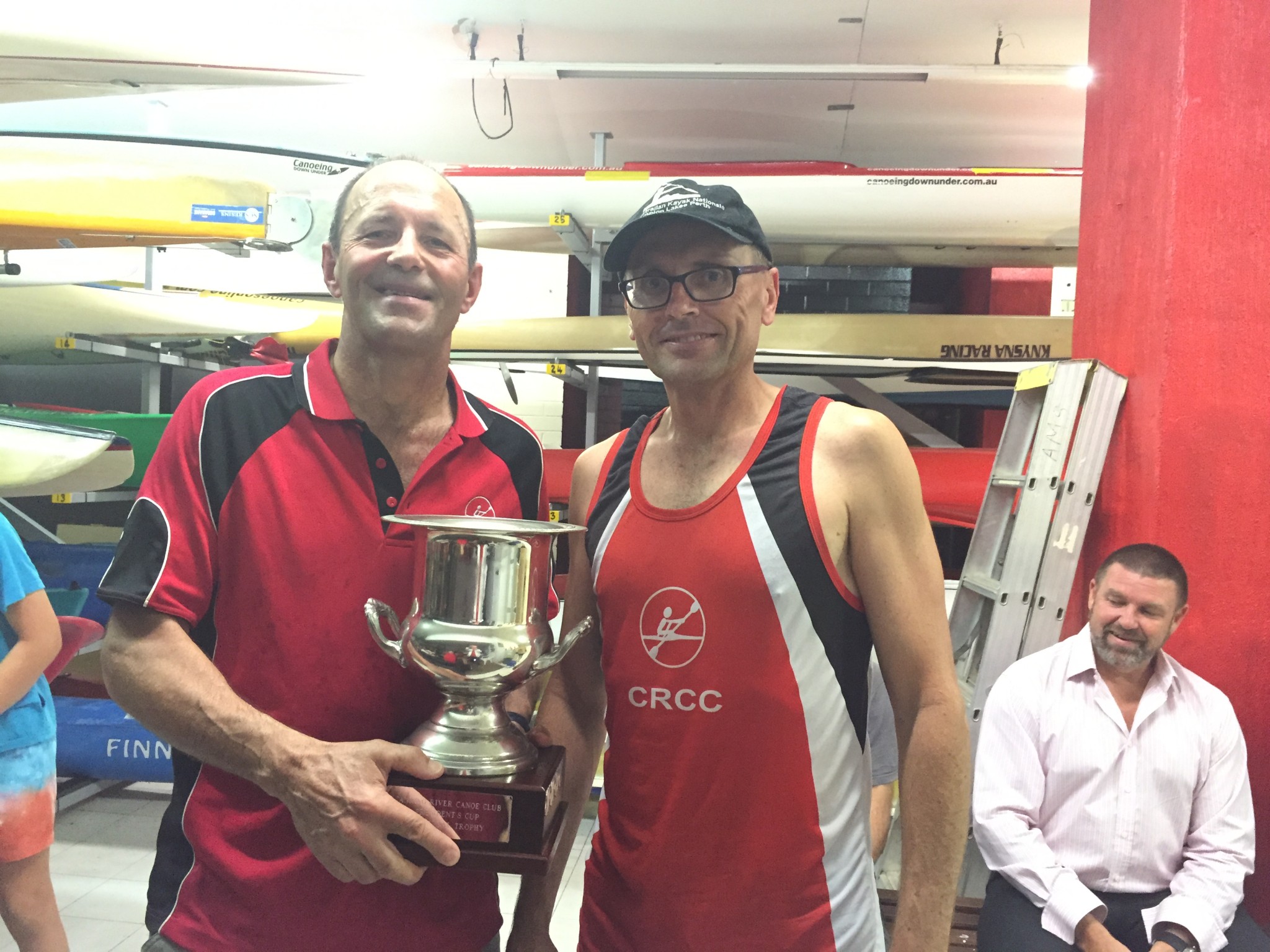 28 paddlers on the water tonight.

Nomination race to Riverton Bridge and back, 5.65km.

Tonight’s was a three way tie, Liam Thompson, Carlo Cottino and David Urquhart all getting to within 3 seconds of their nominated time.

Also shown is Doug Hodson being presented with the Presidents Cup, Doug was overseas whilst the CRCC end of season awards were on.